Home ইতিহাস ও জীবনী The conquest of Constantinople: a glorious event in the Muslim world –... 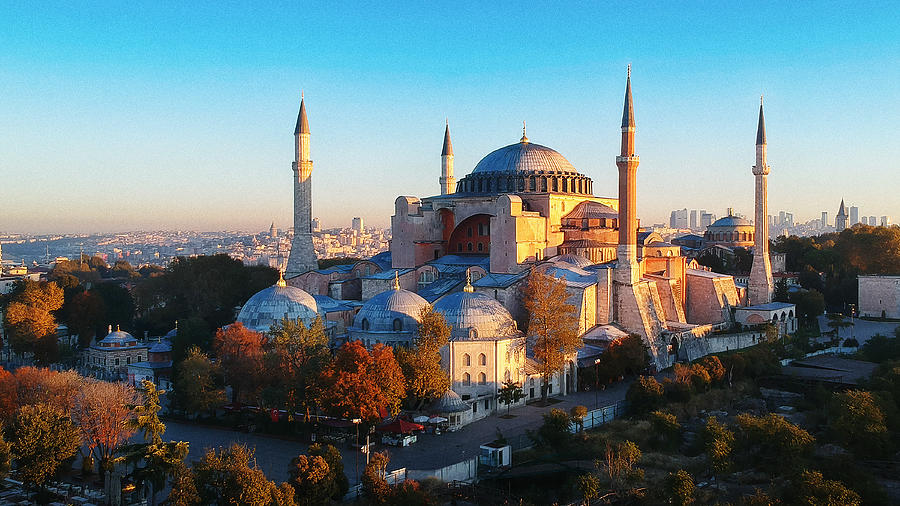 The historic conquest of Constantinople on May 29, 1453, by Sultan Muhammad the Conqueror, defeating the most powerful civilization of the time, Byzantium, is perhaps the most glorious event in the history of Muslims in the last millennium. Constantinople is today’s Istanbul which is now the capital of Turkey. Constantinople already Of the Ottoman Empire Was the capital.

Ottoman Sultan Muhammad II (Mehmet in Turkish) came to power at the age of 19. At that time no one paid attention to him. The first reason was that he was young, the second was that he had already sat on the throne once when he was only 12 years old. However, failing to manage the state, Baba left power to Murad. For that he had a reputation as an incompetent and failed sultan in the kingdom. But who knew then that this failed sultan would bring the greatest success of the contemporary Muslim world. Will fulfill the prophecy of the Prophet (peace be upon him)

Throughout the ages, many Muslim rulers have campaigned against Constantinople to implement this hadith of the Prophet (peace be upon him). Although the dream of conducting an expedition from the time of Kholafaye Rashedin was dreamed to achieve the good fortune of conquering Constantinople, Hazrat Amir Moabia (R) first conducted the expedition to Constantinople in 49/69 AH. Hazrat Abu Ayyub Ansari (R) along with other famous generals took part in this expedition and died there due to illness. Hazrat Moabiya-son Yazid also led a party in this expedition.

The first was during the reign of the Ottoman Sultan Bayezid Ildrim Constantinople was besieged. But within a few days, the blockade was lifted through a 10-year peace agreement. In 1396, Sultan Bayezid I again besieged Constantinople. But the siege ended in failure as a result of the clash with Taimurlang. Then in 1422 Sultan Murad II conducted a failed siege of Constantinople.

Sultan Muhammad Fatih ascended the throne in 1451. Ever since he came to power, Constantinople has been dreaming of victory. The father and grandfather of the dreamer, the Prophet (peace be upon him) numerous Muslim Companions, Tabi’is and various Muslim rulers, including many Ottoman sultans. All of them dreamed of becoming the lucky person declared by the Prophet (peace be upon him). When all else failed, Sultan Muhammad Fatih, at the age of 19, began preparing for the siege of Constantinople.

At that time Constantine XI was the emperor of Byzantium. He understood the impetus of Sultan Muhammad Fatih and appealed to Western Europe for help. But after centuries of war and conflict between the East and West churches, the desired help was not forthcoming. However, some westerners came forward to defend the city on their own initiative.

April 7, 1453, after a long two years of preparation Sultan Muhammad Fatih The Ottomans led the siege of Constantinople. There was no shortage of attempts to enter the city. Different tactics were used, time went on for about two months. But, nothing was working.

At the beginning of the siege, Sultan Muhammad sent his best troops to destroy the Byzantine strongholds outside the city. Within a few days, another similar fortress was captured at Therapia Castle near the Bosphorus and at the village of Studius, near the Sea of ​​Marmara. Princess Islands Admiral Baltughlu’s fleet was captured in the Sea of ​​Marmara. For weeks the cannons have been shelling the city walls. But the Byzantines were able to repair the damaged part quickly because they could not attack precisely and the speed of the attack was relatively low.

At that time it was the largest in the world with a length of 26 feet Basilica cannon The invincible Theodosian wall could not be damaged much by firing. This cannon had another problem. That is, once a shot was fired, no more shots could be fired for 3 hours.

The ship was towed by a bull in the dark of night with a buffalo fat coating on the trunk of the tree. The turn of the battle changed when about 60 ships crossed the mountain valley and entered the Golden Horn in one night. Because the number of Byzantine ships in the Golden Horn was half that of the Ottomans.

As a result, the supply ships of the Christians were interrupted and the Byzantine morale was shattered. On the night of April 26, they launched a guerrilla attack to destroy the Ottoman ships. But as the Ottomans received the signal earlier, the Christian forces suffered heavy casualties and retreated.

On 29 April, 270 Ottoman prisoners were beheaded on walls in front of Ottomans. The Turks did not succeed after several attacks on the land wall. Venetian surgeon Niccolo Barbaro writes in his diary of the attack on the Janissaries:

They saw the Turks coming to fight under the walls, especially the Janissaries… and when one or two of them died, more Turks came and took the dead ভাব they didn’t think about how close they got to the walls. Our men attacked the Turks carrying corpses with cannons and crossbows and they both died, then another Turk came forward to pick them up, no one was afraid to die, they were willing to die ten but willing to leave one Turkish body near the wall No.

Obstructed on the battlefield, the Ottomans tried to break through the walls with underground tunnels. Excavation work continues from mid-May to May 25. Most of the excavators were of German descent from Novo Bordeaux sent by the Serbian ruler. They were given the responsibility under General Jagan Pasha. The Byzantines hired an engineer named Johannes Grant (said to be German, but also Scottish). His job was to dig the counter tunnels and attack the Turkish miners. On the night of May 16, the Byzantines discovered the first Serbian tunnel. Subsequent tunnels were captured on 21, 23 and 25 May and destroyed by Greek fire and fighting. On May 23, the Byzantines arrested and tortured two Turkish officers, found out the location of the tunnels and destroyed them.

On 21 May Sultan Muhammad sent an envoy to Constantinople. He offered to lift the blockade if the city was handed over to him. He promised that the emperor and any other inhabitants would be allowed to leave with their property. He also offered to accept the emperor as governor of Peloponnese. Lastly, he assures the safety of those who remain in the city. Constantine agreed to pay high taxes and to accept Turkish-occupied forts and territories as Ottoman property. But he said of Constantinople:

It is not up to me or its inhabitants to hand over the city to you; We have all decided to die voluntarily and we will not care about our lives.

On the one hand, the Ottoman army was emotionally broken by the long siege, food crisis, repeated failures and failure to achieve the desired success. In this situation, Sultan Muhammad held a final meeting with his high-ranking officials. Halil Pasha, who had always opposed the sultan’s plan to conquer the city, warned the sultan to lift the siege. But Sultan Muhammad Fatih was indomitable. He withdrew Halal Pasha without giving up and appointed Jagan Pasha in his place. Jagan Pasha was in favor of an immediate attack. He then announced the final attack on 26 May. On May 26, the soldiers were granted prayers and rest. About 60,000 soldiers, led by Sultan Muhammad Fateh, led the prayers at the Jama’at.

In the face of the swift onslaught of the Ottoman army, at one point the defenses were broken and the city fell to the Muslims. After thousands of years of bloody efforts, they see the face of the desired success. This victory belongs to the Muslims. Hundreds of thousands of heroes did not spare their lives to implement a hadith of the Prophet (peace be upon him). Finally, the prophecy of the Prophet (peace be upon him) was fulfilled by the hand of Sultan Muhammad Fateh.

The conquest of Constantinople marked the end of the Roman Empire, which lasted about 1,500 years. This victory of the Ottomans did not prevent the Ottoman army from advancing on Europe. This fall was like a huge blow to Christendom. After the conquest, Sultan Muhammad moved his capital from Adrenopol to Constantinople. Several Greek and Greek intellectuals fled the city before and after the siege. Most of them moved to Italy and helped in the European Renaissance.

Some historians see the conquest of Constantinople and the fall of the Byzantine Empire as the end of the Middle Ages.

This is a Bengali article. It is about The conquest of Constantinople by the Ottomans.

Necessary references have been hyperlinked inside the article.