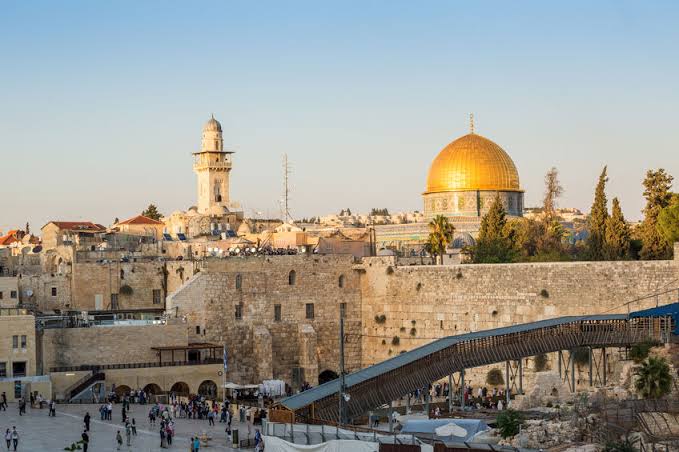 Palestinian Arab Muslims When the Jews were being criticized by the world conscience for carrying out the genocide, they chose a terrible way to win public opinion. The most powerful and feared secret terrorist organization of the Jews is called ‘Haganah’.

In 1940, a ship carrying 26 Jews anchored in the port of Haifa. They came to live in Palestine. Haganah is innocent of his people These people carried out covert attacks. Left-handed attack with passengers
They blew up the ship. Then by propaganda, Palestinian Muslims continue to attack innocent Jews. This was a heinous ploy to win world opinion.

Two years later, Haganah repeated the same story. That massacre was even more horrific. At that time there were 69 passengers in the ship. They also blamed local Palestinian Muslims for the killings in the world media. Thus, through repression, murder, and conspiracy, the Jews began to clear the thorny path to their independent state. The holy land of Palestine is becoming heavier with the arrival of foreign Jews.

In 1947, it was found that the number of Jews had exceeded 7 lakhs. The Jews now proceed to the final judgment. They want a state in Palestine. Jewish state-Israel. If not for the safety of 8 million Jews in this state! The UN was already ready for that. The United Nations convened on April 26, 1948. Palestine was discussed in the session. An 11-member committee was formed to investigate the ongoing Palestinian crisis.

The committee members were Australia, Czechoslovakia, Canada, Yugoslavia, Guatemala, India, the Netherlands, Iran, Peru, Uruguay and Sweden. The committee submits its report in due course. In the report, the members of the committee were divided into two parts. India, Iran and Yugoslavia all recommend the establishment of a federal state in Palestine. The rest of the members expressed their views in favor of establishing a state of Israel to build a Jewish sanctuary there.

The General Assembly sends it to the Ad Hoc Committee for evaluation of the proposals of both the parties. Both Uruguay and Guatemala strongly advocate for Jews there. Several other states, including Pakistan, oppose them. But their antagonism did not survive in the footsteps of the conspirators. After much debate, the VAT was finally accepted.

The verdict is in favor of the partition of Palestine. The Jews won. Their hundred years of conspiracy and cunning won. (Or wins?) The main reason for the verdict in favor of partition is America and Russia. Both superpowers support the Jews.
The decision to divide Palestine was passed by the ad hoc committee and returned to the General Assembly.

They could only imagine that most of the states would vote against them if the ruling on Palestine were to be reconsidered on this date. Nana made excuses so they thwarted raising the verdict on this day. Then the Western powers began to put pressure on the six member states. There are many threats, so that they vote for the partition of Palestine.

The verdict was handed down on November 29. In those days the situation was favorable to the Jews. VAT is held. The verdict comes on the previous decision. Palestine will be divided. A Jewish sanctuary will be established in the heart of the Holy Land. Israel.

Palestine is divided between expatriate Jews and local Arab Muslims who have lived there for centuries. The Jewish minority received 56 percent of the land in Palestine, and the indigenous people, who accounted for three-quarters of the Mate population, received only 43 percent of the land. There has never been a more irrational and unjust trial in the history of the world.

The Jewish state will be established in the heart of Arabia, the decision is final. But Palestine? How the Palestinian state will be, in the infrastructure of what will happen, remains unresolved. The Jews began persecuting the Palestinians in a new way after the United Nations passed a resolution establishing their state. Their militants
The groups became more apathetic. Homes looted, evicted and shot dead if they protest a little – let the horrors of the Resurrection come down on the Palestinians!

In just 100 days, 18,000 Palestinian Muslim Jews were brutally tortured and martyred. Due to this dire situation, Palestine was once again discussed in the UN General Assembly.

April 20, 1948 The session was held. There, the US envoy postponed the partition of Palestine and proposed that the whole of Palestine be directly controlled by the United Nations. With this proposal in front of the discussion
A new farce begins with the name. Meanwhile, on May 14 of the same year, the British were to leave Palestine. It is important to reach a decision before May 14. Then the Jewish leader Weizmann made a new move.

He secretly met with the then US President Harry Tuman. Yes, he came after conquering the fort. May 14 at 12 midnight local time. British rule in Palestine has expired. It was six o’clock in Washington. Within minutes, Jewish leader Ben-Gurion proclaimed an independent Jewish state in the heart of Palestine from Tel Aviv. The name of the state is ‘Israel’.

Exactly 10 minutes later, US President Truman from Washington recognized Israel. Then came the voice of recognition from Britain. The Soviet Union also followed suit. The three superpowers were recognized almost simultaneously by the Jews. What else!

The Arab world could not accept the recklessness of the world. There is no question of accepting Palestinian Muslims. The Arab-Israeli war begins. The Jews knew in advance that war was inevitable. They were tied up.

But there was great disunity and chaos within the Arab states, on the one hand, and Jewish conspiracies, on the other. The Jews had already set up a conspiracy in these states. So that after they declared the state, the Arabs came to fight and got trapped in this trap and sighed.

Whatever the outcome may be. It is not possible for the Arabs to break the web of internal conflict and Israeli conspiracy. In this gap, Israel has strengthened its position on the helpless Palestinians. There is torture and oppression in it. The Palestinians have not stopped. The Jews began to resist with what they had, as much as they had.

L 196. The Arab-Israeli war broke out again. This time the Arabs came down with a long preparation. But who will stop the secret conspiracy of the Israelis? They have already spread disunity and division in the Arab world. On top of that they have a strong gayenda activity. The Arabs’ plan was to reach Tel Aviv instantly through Gaenda. The Arabs were again defeated in the Six Day War. Some new lands to lose.

To be under Egypt The Sinai Valley, the Galen Plateau under Syria and the West Bank and East Jerusalem under Jordan are occupied by the Israelis. It was through this that full control of the Jews was established in the holy city of Al-Quds, the city of Muslim love. Palestinian Muslims are the ultimate victims of deprivation. The sky of Palestine is still heavy with the cry of that deprivation and not getting it.

How much the earth has changed, how much water has flowed into the Jordan River, but the fate of the unfortunate Al-Quds and the people of Palestine has not changed. They are still tired of the stigma of oppression, torture and subjugation. That is not to say that they have stopped. Their struggle and resistance is ongoing. Some of them suddenly burned in the fire of deprivation. And the world is amazed to see the fancy language of protest and the fire-image of nature.